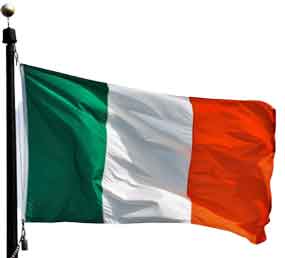 Ireland is been counted amongst one of the most sought after study abroad destinations across the globe. Most of its universities are highly ranked in the world universities rankings for quality education and this is the reason why thousands of students come here to pursue their future aspirations.

Ireland is located across the north western suburbs of the Europe and carries a rich history and culture alongside. It was under the british rule for around 4 centuries and became a separate nation only in the mid 1900s.Even though the country was marred by an array of issues like famines, civil wars and unemployment at the start, it has grown many folds in the past few decades. Irish people are greatly inspired by their rich culture and legacy and still follow the same in their day to day life. Talking about the official language of Ireland, Irish Gaelic still holds that honor even while most of the people in Ireland communicate in English.

Irish people are widely famous for their great sense of humor and being a foreign student, you would surely enjoy the whole feeling during your stay in the country. So while you can carry upon your studies at one of the best ranked universities, you can also enjoy the company of some of the most amazing people around.

Ireland operates most of the International flights to and from the famous Dublin airport and you can reach out here from any part of the globe quite easily. Well, there are other travelling options like the Irish airline Ryanair. Once you have arrived at Ireland, you can commute locally by bus or train and one can travel from one part of the country to other in a span of just 4 hours.

Ireland accommodates some of the best universities around the world that offers a variety of courses in streams like technology, natural sciences, humanities and economics. Moreover, there are more than two dozen universities and technological institutes in the country where the students from across the globe can apply for higher studies. Even though getting a bachelors or masters degree in Ireland is not that cheap, the students can get benefitted by the same in their respective future aspirations.

The same cost carries a number of elements like tuition fee and cost of living in the country. Talking about the tuition fee, it ranges between €9,000 and €45,000/year for both undergraduate and graduate programs. Moreover, all the European students here are exempted from any kind of tuition fees for undergraduate programs. On the other side, cost of living depends on a lot of factors like the city you are staying in and you may have to pay around Euro 7000 to 12000 for various aspects like food , accommodation and other stuff.

Working Options While Studying in Ireland

Ireland has witnessed a big boost in their educational infrastructure in the past 3 or 4 decades. From being a “European poorhouse” in the 70s, they have scored some big growth to become a European powerhouse within the past few years. Various structural and financial reforms have brought a drastic change in the education system and further attracted a number of multinational companies around to establish their set up around the country. The list includes some of the biggest names like Google, Airbnb, Pfizer, Dell and others. Hence, once you are decided on studying in Ireland, you can explore a range of career options to secure your future in the industry of your choice.

Details About College and Courses Offered in Ireland